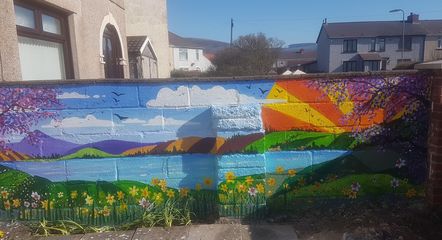 The free app will be available to download on both the App Store and Google Play, or by following the link on http://theatr3.com/artwalk.html. Locals and tourists alike are encouraged to download the smartphone app and be guided on an accessible, COVID-safe outdoor walking tour of Port Talbot’s rich selection of world-class street art. The app will have a physical launch with a stall at the Port Talbot market at the Transport Hub between 15:00-18:00 on Thursday, 24th June 2021.

Funded by Heritage Lottery Wales, Cardiff-based theatre director Paul Jenkins is leading the project with support from local artists and a passionate consultancy group of Port Talbot residents. The project also has the backing of the local business district, Aberavon MP Stephen Kinnock and local councillors.

Together with Banksy’s internationally-acclaimed piece Season’s Greetings, the tour will include works by renowned British graffiti artist Ame72 and local talents: Rarebit, Bims and Mongo Gushi, as well as a string of newly-commissioned, site-specific work by acclaimed artists such as Hazard One, Mike22, Amelia Unity, SoK and many more.

The aim of the project is to celebrate Port Talbot through street art. In the long-term, the app aims to be a catalyst in showcasing Port Talbot’s creative potential and joining the dots between the town’s other creative endeavours. ARTwalk is passionate about the regeneration of the town centre and, with the launch of its app, hopes to boost footfall in the town centre and encourage the diversification of the local economy with tourism.

Paul Jenkins says: “The goal of ARTwalk is to join the dots and make the most of the potential in Port Talbot. I believe it can be a world-class destination for people to come and see street art and graffiti, but also to create it.

“What the Banksy piece did was shine a light on local artists and elevate their status, but also hopefully encourage other artists to come and create in Port Talbot.

“Anything that encourages diversity in the economy, as with the arrival of the Banksy, shows the potential of what can happen here in Port Talbot.”

Derek Davies, a local poet and founder of the Keep Banksy in Port Talbot Campaign, says: “The town has suffered a lot over the years… They had been talking about jobs going at the steelworks again, so we really think this project could bring tourism and prosperity. We have a precious gem in this town that we want to show off.” 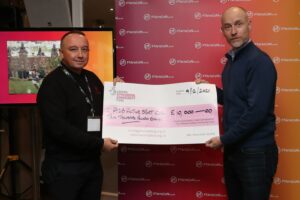 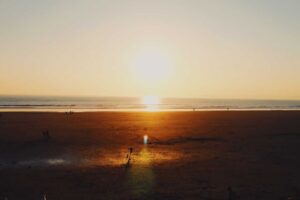 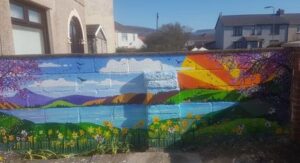 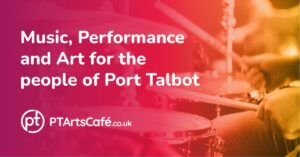 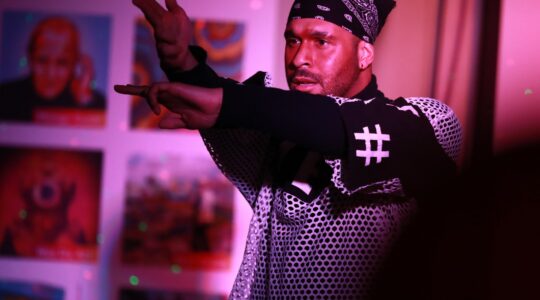 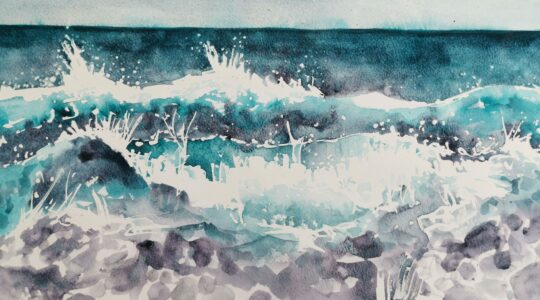 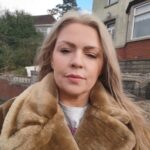 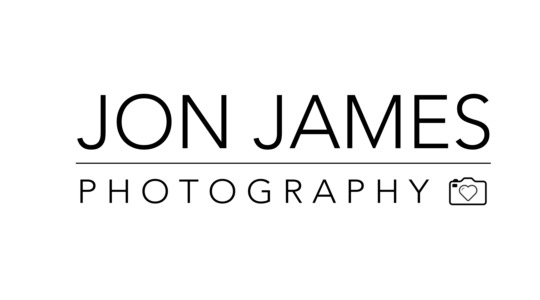 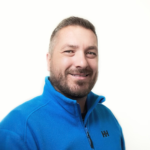 Find out more about the PT Arts Community

Share your skills and talent and support all that Port Talbot has to offer...